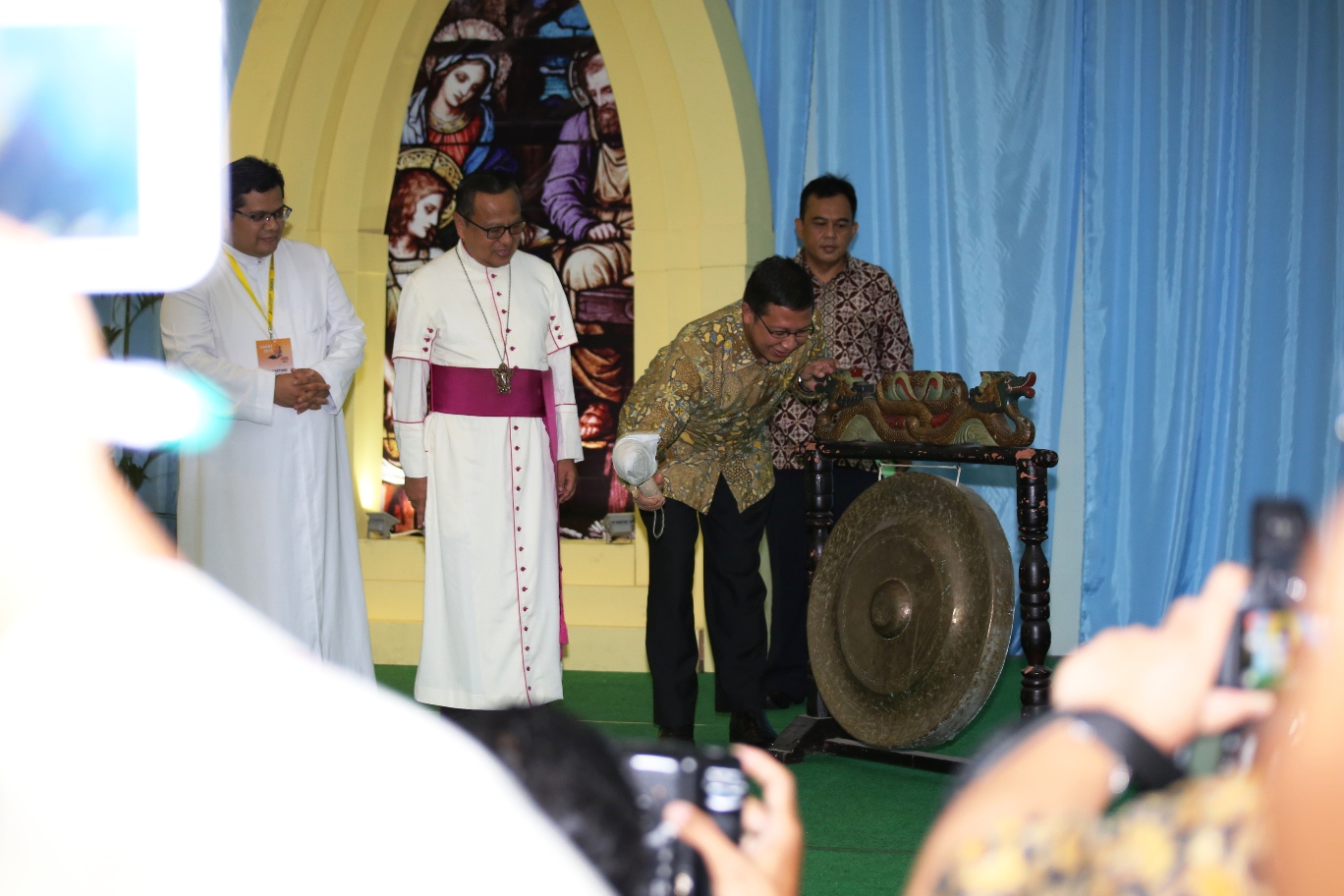 SPEAKING at a national conference sponsored by the Indonesian bishops, the Head of the Minister for Religious Affairs welcomes the example and the values of Catholics. The Church shows the “great competency” in preparing the wedding and can also serve as an example to Muslims. Diversity a source of wealth.

Jakarta (AsiaNews) – Among the many good examples that the Indonesian government can draw from the teachings and practice of the Catholic Church, there is also the “great competency” in preparing couples for marriage, through courses and seminars leading up to the ceremony.

This was underlined by the Minister of Religious Affairs Lukman Hakim Saifudin, speaking at the opening ceremony of the National Conference of the Catholic Church in Indonesia (Sidang Agung Gereja Indonesia Katolik/SAGKI 2015). The congress, organized by the national Bishops’ Conference (KWI), is being held November 2 to 6 on the theme: “The Catholic family: The Gospel of hope. Its vocation and mission in the Church and in the plural society of Indonesia”.

The SAGKI  2015 is the fourth conference organized by the Bishops’ Conference since 2000. An event that takes place every five years, and that unites the bishops and faithful of the whole archipelago to discuss issues of primary importance. This year they have chosen the theme of the family and of all the issues that revolve around the core foundation of society.

Speaking at the opening day the Minister for Religious Affairs Saifudin expressed great appreciation for the commitment of the Indonesian bishops: “In today’s world – he said- the family has an essential role, as a principle of life and where all good (and bad things) are generated”.

At one time, he said, our only educators were parents and teachers. Today, however, “the world is a global village without time or borders – he warned – and our children rely on the Internet in search of an easy answer. It is thanks to the network that our young people learn good and bad things, in a simple and fast way”.

Even today, he continues, it is essential to address the complexities and challenges that involve the family; a task for politicians, religious leaders and community leaders. Moreover many of the problems facing Indonesian society today are generated just within the family and lead to divorce, sexual abuse, domestic violence. “The future of the state and its wellbeing – he added – depends on the family”.

In this context, the moral teachings provided by the Catholic Church represent a privileged model and an example to follow for other Indonesian citizens, in the most populous Muslim country in the world.

“From what we can see – concluded the Minister Saifudin in Indonesia we can learn something good in preparing couples for their wedding from the Catholic Church”.

Finally, he ended echoing the words of the Apostolic Nuncio Msgr. Antonio Guido Filipazzi who, in his inaugural address, stressed the importance of a pluralistic society, because diversity is a blessing, not a “curse.” As opposed to extremists, who consider variety and differences as something “bad”.

Source: AsiaNews (www.asianews.it) and this catholine media online also provides its Italian, Spanish and Mandarin version of the same reporting.