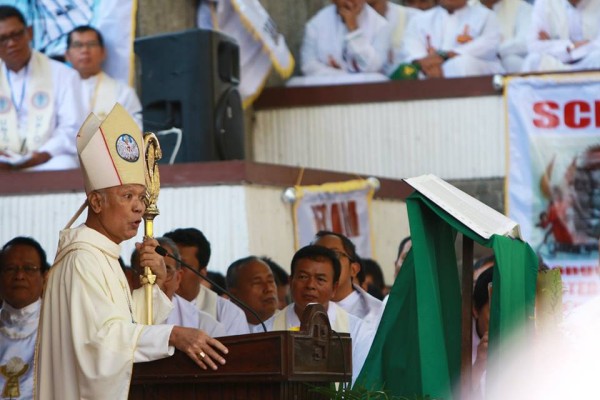 THE prelate, Archbishop of Semarang, died at age 65 from lung cancer. Highly respected by fellow bishops, he was a central figure in Indonesian Catholicism. He was the first to realize the communicative potential of new technologies for evangelization.

Semarang (AsiaNews)- The Indonesian Church mourns the loss of Mgr. Johannes Pujasumarta, Archbishop of Semarang and central figure of Catholicism in the country. The 65 year old prelate was suffering for some time from lung cancer, which worsened in recent weeks. He died in Semarang, at St. Elisabeth Hospital, after having received Extreme Unction from the hands of Cardinal Julius Darmaatmadja.

Msgr. Pujasumarta was ordained in 1977, made a bishop in 2008  in the diocese of Bandung, West Java, and from 2011 he headed the Archdiocese of Semarang, in Central Java. Faithful describe him as a simple person, kind, humble and hospitable. He was well known for having introduced a “revolutionary” style of communication, as it was the first bishop to make full use of social media, breaking down the separation between the church hierarchy and lay people. When the prelate began using the internet and the media to announce the Gospel, his brother bishops judged his choice “unusual” and “shocking”.

Indonesian society loved him for his attention to communication and his capacity, since his appointment as bishop of Bandung, to write little stories to explain its motto: “Duc in Altum” (Lk 5: 4). Because of the disease that has marked the last few weeks, the archbishop was unable to attend the Conference of the Catholic Church of Indonesia (SAGKI 2015) and the Synod of the Indonesian Bishops Conference (KWI).

The Archdiocese of Semarang, now vacant, is the most productive in the country in terms of priestly and religious vocations. 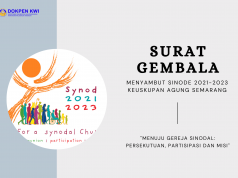