SOME 7 provinces, 18 regencies and 76 districts go to the polls next February. Citing Gaudium et Spes, the Bishops’ Conference calls on all believers to “take advantage of their civil right to vote.” Catholics can help create a peaceful atmosphere to ensure that the right leaders are elected.

akarta (AsiaNews) – Indonesia is set to hold local elections on 15 February 2017 in 7 provinces, 18 regencies and 76 districts. In view of this, the country’s Catholic bishops issued a letter.

The message of the Bishops’ Conference (KWI) was written following study days it organised to discuss the nation’s emergencies, particularly its rampant corruption.

For the prelates, the elections “must be regarded as an opportunity to elect good leaders who can enhance the pillars of democracy, as people expect. For this reason, we clearly say that every Christian must exercise his or civil right and vote for their candidate, as indicated in article 75 of Gaudium et Spes.”

The letter comes at a sensitive time for Indonesia, shaken by political turmoil and social tensions over Ahok, the Christian governor of Jakarta who has been falsely accused of blasphemy by Islamic radical movements who want to topple President Joko Widodo.

The Indonesian Catholic community, the bishops write, has a duty to contribute to the success of the election. “We have to become involved and help maintain security and minimise the risk of horizontal violence.”

“The unity of the nation must not be sacrificed in any political move, for short term gain.” Christians can “keep an eye on election bodies like the Election Commission (KPU).”

For the bishops, the Catholic Church in Indonesia “should never be involved in politics but it must strongly remind its members to participate in the election day.”

“But for which candidates to vote? The criterion to elect a good leader is whether he or she is concerned and has compassion for others, and want to practice the moral teachings of their religion with good deeds, and never insult the members of other religions.”

The candidates we must choose must “focus primarily on the poor, on peace and on the protection of nature and be against violence.”

At a press conference, KWI General Secretary Mgr Antonius Bunjamin Subianto OSC said that the Church is at the forefront of the fight against corruption and for the promotion of honest politicians.

“Prayer must also not be forgotten,” the bishops note. “We must pray that the elections are successful, and that good leaders be given to the nation for the benefit of all.” 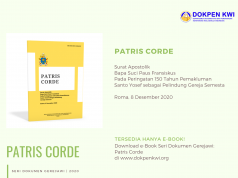 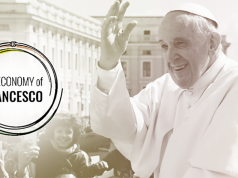